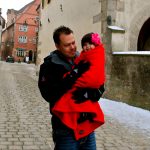 This Random Roadrunner circles the globe in search of knowledge, truth… and good scuba diving. Coming from a large family – and travel being his forte – Reid Smoot set out with his brother JC to create the perfect travel-friendly toy to make life less complex for Mom. And thus it was that the Zoobies® concept was born.

As president of Zoobies, LLC and head of product development, Reid fanatically seeks to “funkify” each and every new Zoobies® design & concept.

Reid – the company phantom (as he’s usually on the road) – is fluent in Mandarin Chinese and has spent the better part of the last 13 years in China, where he currently resides. He is passionate about promoting Zoobies® worldwide and particularly enjoys his direct interaction with Zoobies’® worldwide distributors. (Zoobies® are now found in over 70 countries!)

Reid loves hiking, globe-trotting with his wife and two daughters (and their Blanket Pets™!) consuming cheese (particularly brie), exotic chocolate and anything exceptionally flaming hot & spicy. He enjoys playing several different musical instruments, is maniacally obsessed with his eclectic music collection and, of course, on a daily basis daydreams of a life of uninterrupted diving. (Some day… The afterlife, perhaps?) 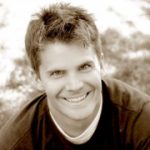 When he’s not bungee jumping off of 700+ feet bridges, running with the bulls in Spain or going cage diving with great whites in South Africa, this jovial jackal’s helping run Zoobies, LLC, the company he co-founded along with his older brother in 2007.

JC Smoot was raised in Utah where he was third in a large family of nine children. His family had a bluegrass band growing up – “High Priority”. (Haven’t heard of them? A very exclusive cult following 😉 JC was the dynamic banjo player, lead singer and star of the show.

JC spent much of his childhood in multiple casts – the result of his wild antics. After high school, he moved to Southern Africa for a couple years helping people in various ways that he could with service. He came home and attended Utah Valley University and Weber State University where he enjoyed various scholarship leadership positions.

At age 24, JC – alongside his brother, Reid (both children at heart) – decided to give it a go with the world of toys, figuring they had a knack for what kids like. And thus, Zoobies, LLC was born.

JC works with Reid on product development and also heads licensing and business development. From time to time you can catch him on QVC promoting Zoobies®. The zenith of his life came when he randomly ran into actress Kirsten Dunst at a restaurant in New York City and mentioned to her (truthfully) that he had had a crush on her ever since she starred in the movie Jumanji. (OK, so not really the zenith, but we love to give him a hard time about it anyways. 😉